Before I get started, I want to clarify the meaning of the word ‘subscription’. For about 15 years, the word Subscription (note the initial capital) meant something specific for Autodesk customers. It meant you had bought a perpetual license and instead of paying for periodical updates, you paid for a year’s Subscription in advance. In allowed access to any new release that appeared during that year plus various other benefits.

That thing that was once called ‘Subscription’ has now been renamed ‘maintenance’ (no initial capital) in Autodeskspeak. So what does ‘subscription’ (no initial capital) mean? Rental. You pay in advance for use of the product for a period and when you stop paying, you stop using the product. This is now the only way to obtain Autodesk software you don’t already own. In addition to access to any new release that appears during the subscription period, it provides other benefits similar to what is now called maintenance. 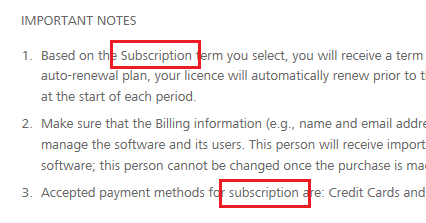 Minor quibbles aside, the important thing to note is that the term ‘subscription’ as currently used by Autodesk means something very specific. It means rental. When something is described as ‘subscription-only’ it specifically excludes ‘maintenance’ and other perpetual license customers. And that’s how the AutoCAD 2017.1 update was described: 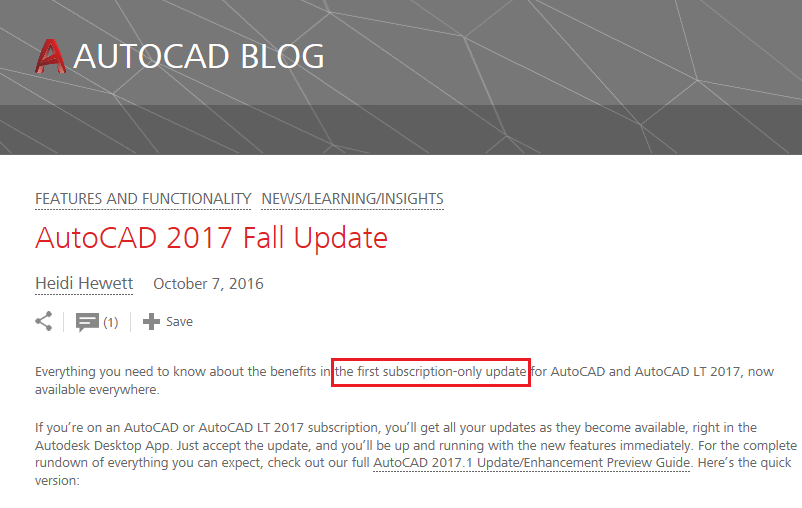 This confusion can be traced to Autodesk’s decision to call rental ‘subscription’, a name that already had a significant, long-established and totally different meaning in the Autodesk lexicon. Because I can’t think of a logical reason for Autodesk to do this, I strongly suspect the idea was to obfuscate the changes to licensing by deliberately confusing customers. If so, congratulations, it worked. I’m baffled.

Although the Preview Guide still only mentions Subscription (which shouldn’t have a capital these days, but does here), I think that’s pretty much cleared up the confusion now.

On a positive note, I’d like to point out that Heidi has done these sorts of guides for years and always does an excellent job. Based on past experience, I would say it would be likely that she was simply passing on in good faith what she had been told, rather than being the origin of the incorrect information.