Note: this post is now out of date. AVA no longer provides the facility mentioned here. Instead, it tries (and fails) to be clever. For reasons beyond my understanding, Autodesk chooses to make life difficult for customers and prospective customers who want to download its products by imposing the use of a download manager (DLM) by Akamai. You really don’t want to let such a thing loose on your system even if it works, for reasons that have been explained in previous posts. Until a couple of years ago, Autodesk allowed prospective customers to get at a direct download link …

Congratulations to Ed Martin, who won the selfie contest with this entry:

1. This is Don Strimbu – a tricky angle on the picture, but his smile gives it away
2. He’s famous for the drawing of a nozzle – a fire hose nozzle to be precise – that he drew in 1984
3. Don used block scaling to simulate a 3D effect on the text, knurling, and fins
4. Autodesk used the drawing in its promotional material starting with an ad in the September 1984 issue of Scientific American
5. Don is now promoting products from Bricsys, notably their BricsCAD product
6. Wow, I really don’t know how long it took him, and it would be cheating to ask him … so I’ll guess. 18 hours?

1. Indeed it is Don. It was a privilege to meet him at the recent Bricsys International Conference in Munich, among other notables.

2. Correct, NOZZLE.DWG (we were all upper case 8.3 filenames at the time) which is quite possibly the most famous AutoCAD drawing of all time. It was the first complicated drawing ever done with AutoCAD, and was done in 1983 (not 1984), according to John Walker. See The Autodesk File for more information.

3. Yes, it was block scaling. In addition to the 3D effect, the thing Don came up with that amazed John Walker was using negative scale factors to achieve the equivalent of the MIRROR command. That command didn’t exist at the time, along with object snap and a bunch of other things it would be difficult to imagine life without these days.

4. Yes, it was also on Task Force Tips’ letterhead for a while…

I remember using NOZZLE.DWG as a benchmark for comparing AutoCAD hardware back in the 80s. Open the drawing, enter REGEN and see how long it takes to get a command prompt back again. As every single zoom or pan required a regeneration back then, regen time was very important. I remember an HP Vectra taking 17 seconds and an NEC APC III taking 19. An IBM PC without math co-processor took much longer; 2 minutes 39 rings a bell, but I’m not certain. These days, it’s so fast it’s hardly measurable.

Anyway, I look forward to seeing what Ed has to say in this blog’s first ever guest posting. Could be anything!

Autodesk is holding another Answer Day to encourage you to use the Autodesk Community (discussion forums). Hop along and get answers to your questions (hopefully), because this is a special day where Autodesk people will attend and be responsive. Here is the announcement. When is this event, exactly? Join us on Thursday, Oct 27th from 6:00am to 6:00pm Pacific Time. Autodesk, if you’re promoting a “global event”, please try to remember that the globe extends beyond the West Coast of America and include UTC (GMT) times in your announcements. Most of us know where our time zones are in relation …

…your software (3.0.0.52, came with AutoCAD 2017) fails to allow sign-in (a prerequisite to connection to the cloud) in a secure proxy server environment. This happens (see picture): I am online. I did try to inform you about this problem using the feedback mechanism in the product. This allowed me to type my problem report, but on hitting the send feedback button, I got this (see picture): I am connected. In fact, I’m so connected I’m typing this post online while reproducing the problem. While this is going on, I’m able to sign in to Autodesk Account, A360 Drive, AutoCAD … 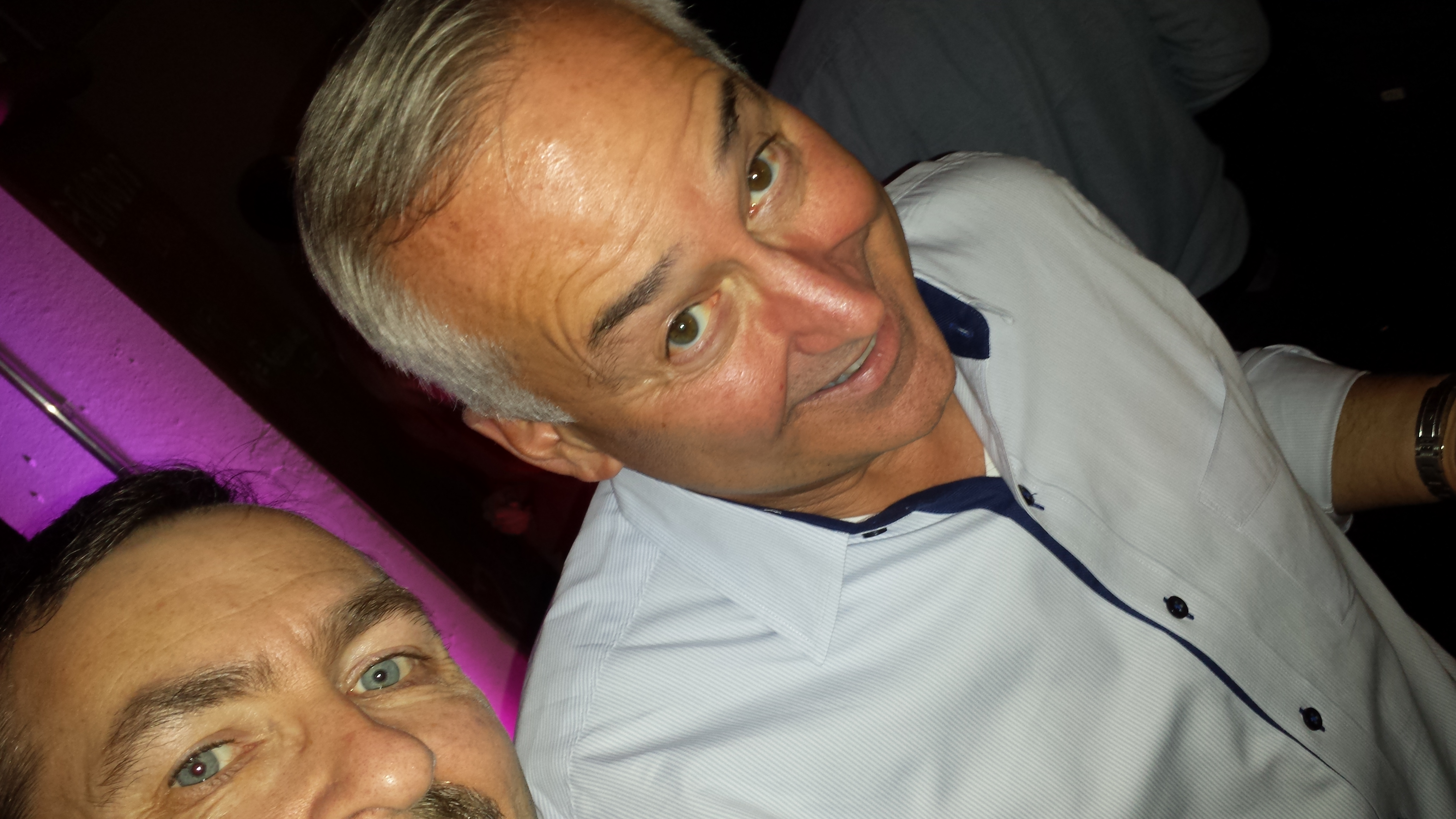 I have to raise a glass to Autodesk for supporting students and educators by making its software available free. Further props are due for removing the virus-like educational watermark. A further program that Autodesk supports is the FIRST robotics competition series, helping to develop young people into technology leaders; a member of my family has benefited directly from that. Credit where credit is due, Autodesk deserves praise for supporting education. Of course, Autodesk will ultimately benefit from this support, but there’s nothing wrong with that. Doing good and being smart are not mutually exclusive.

Edit: it turns out that when Autodesk said this was subscription-only, that wasn’t true. See my later post for details. A mid-term update containing a bunch of useful stuff, AutoCAD 2017.1 is the first update made available exclusively to subscription customers (renters). I’d love to tell you about how great this update is, but I can’t because I’m not allowed to use it. If you’ve been a loyal customer of Autodesk for 30 years and have paid countless thousands for your software, upgrades and Subscription (now called maintenance) over those years, even if you are right now still paying maintenance …

A recent update to the theme I was running on this site caused all sorts of layout issues. I switched to a different theme and appear to have most of it working OK, but expect a few tweaks to appearance over the next day or so. If you notice something not working or something not to your liking, please let me know in the comments.

Back in 2010 I asked the question Any BricsCAD users out there? and there were a few of you who had tried to replace AutoCAD with BricsCAD. Most who responded had made the change successfully, others not so much. Six years on, the situation is different. The fact that you can’t buy a permanent AutoCAD license any more has prompted some Autodesk customers to look more seriously at alternative vendors who do provide that option. Bricsys is one of those vendors, and their DWG-based AutoCAD alternative BricsCAD has improved way more rapidly than AutoCAD over the same time period. No, …

Behold, the latest episode in the Autodesk versus Bentley PR battle over perpetual licenses versus rental! Bentley has issued a response to Autodesk’s response to Bentley’s response to Autodesk’s move to all-rental software. This is entitled Bentley Responds to Autodesk – You Have a Choice. I have already dissected Bentley’s and Autodesk’s previous responses and found neither of them entirely truthful. So, how does the latest effort from Bentley shape up? Very well. It’s pretty much spot-on for accuracy. There’s nothing that could be described as disingenuous, misleading, or even exaggerated. I encourage you to read it and make up …

Confusion reigned yesterday when my post on Autodesk’s “FY17 Q3 Global Field Promotion” assumed that Global meant what it said, and the offer made to me in Australia was the same as in other countries. That was a mistaken assumption, and I have updated the post to reflect that; my apologies for the confusion. That said, it was a not entirely unreasonable assumption given the superficial similarity between offers worldwide and the following in Autodesk’s fine print in multiple global Autodesk sites: Offer available from 7 August 2016 through 21 October 2016 worldwide with the exception of the Crimean Peninsula …

If you’re on Autodesk’s mailing list you have no doubt been receiving increasingly desperate offers aimed at tempting you into renting your software. None of those have really been worth a mention, but the latest Autodesk FY17 Q3 Global Field Promotion for Asia Pacific contains something noteworthy. It acknowledges the value of perpetual licenses and allows you to retain yours. Don’t get too excited though, it does not apply in other regions and only allows you to retain your old  license. Anything new is still rental-only. Here’s how the offer works. Let’s say you have an old copy of AutoCAD …