CAD’s best LISP development environment has come to the best “AutoCAD for Mac”. It should come as no surprise to anyone that this has occurred without Autodesk’s involvement.

With the release of BricsCAD (Mac) V18.2 (currently V18.2.23-1 to be precise), BLADE (BricsCAD’s much-superior equivalent to VLIDE) has been added to BricsCAD

See here for the release notes and here to download. Make sure you select the Mac version: 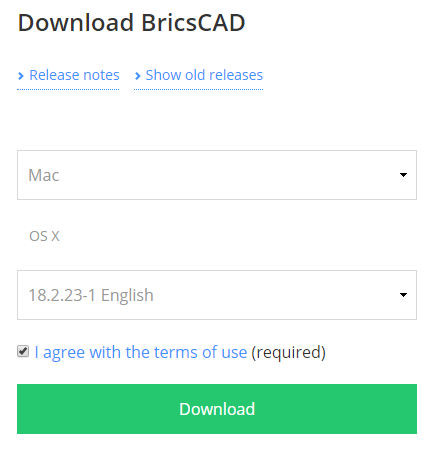 This is pretty significant for anybody serious about using DWG-based CAD on the Mac. AutoCAD without LISP is hardly worthy of the name, which is why I’ve never been keen on AutoCAD LT from the moment LISP was yanked out of it just before release in the early 90s. There has never been an integrated development environment for AutoCAD for Mac (either in the first iteration in the 1990s or the second attempt in the 2010s) and I think I can safely predict that there’s never going to be one. I expect AutoCAD for Mac’s LISP to remain forever in 1990 mode.

If you’ve moved on completely from AutoCAD for Mac to BricsCAD (Mac), that’s not going to be a problem. Bircsys building a notably better product that’s significantly more compatible with the main game is not something anybody could reasonably condemn. However, but it’s something to bear in mind if you are hoping to write code that runs on both AutoCAD and BricsCAD for Mac.

That caveat aside, it’s all good news for Mac CAD users. You already had a product available that would run a much higher percentage of the huge library of LISP out there than AutoCAD for Mac would. For the first time in history, you now also have access to a professional LISP development tool. Lucky for you, it’s the best such tool on the market.