…the fact that one of the Express Tools finally got an update. Not just a minor maintenance tickle or mere absorption into the core code, either. A real update, resulting in not only bug fixes but genuinely useful improvements in functionality.

A little background on Express Tools might help put this into context. The history goes back to 1992 and AutoCAD Release 12. In addition to an impressively full set of paper manuals, people with Release 12 (great value at US$500 to upgrade from any earlier release) obtained a Bonus CD containing 2605 files of free add-on goodness. Fonts, LISP, DOS and Unix utilities, sample drawings, demos, all sorts of stuff. Remember that just popping on the web to grab that sort of thing wasn’t really an option at the time, so this CD was quite a big deal. 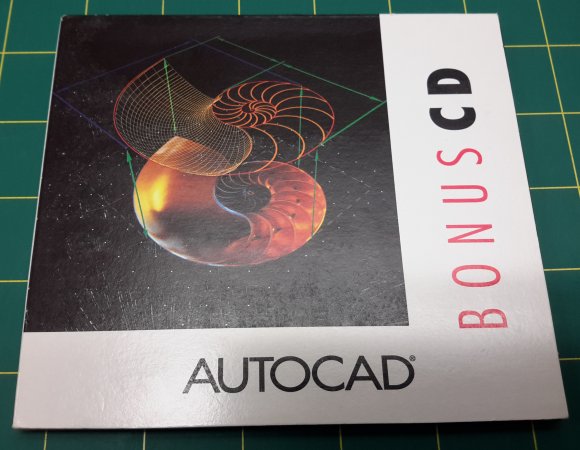 Release 13 didn’t have an equivalent CD (although it had many other things – most of them bugs), but with Release 14 in 1997 there was a concerted effort to add extra value. A program was put in place to produce a set of bonus stuff, partially developed by external parties. Unlike the Release 12 material, the Release 14 Bonus Tools were (kind of) incorporated into the main product, although they remained unsupported:

Although we put a great deal of effort into making sure the Bonus Tools are free of problems, they are not officially supported by Autodesk. We do not guarantee that the results are 100% error free. 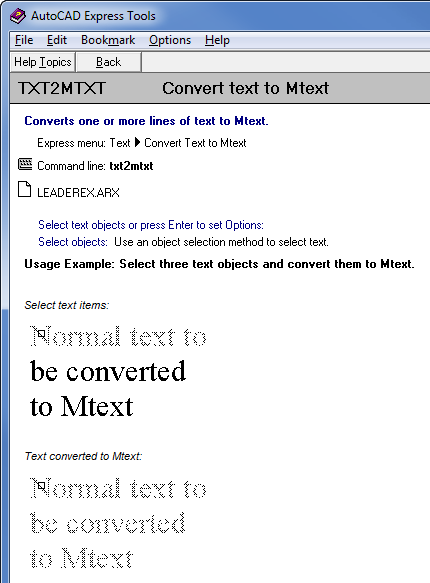 The history of Express Tools has been less illustrious since that high point. Autodesk made an ill-advised attempt to make money from them by removing them from AutoCAD 2000i and 2002 and first of all making them available only to VIP/Subscription (now called maintenance) customers as a carrot, then offering them for sale as AutoCAD Express Tools, Vol 1-9. That little business venture was always doomed to fail, and you can still find many sets of instructions allowing people with AutoCAD 2000 to carry across their Express Tools to 2000i and 2002.

Since then, other than some commands being absorbed into the core, it has been “maintenance mode” for Express Tools. This means the code just gets recompiled when necessary and very little actual maintenance goes on. As a result, some 20th Century bugs live on to this day.

Enough history! So what is this best thing? As a byproduct of improvements to PDFImport, the TXT2MTXT command was redone. Not much about this gets mentioned in the readme, but a whole bunch of very good things happened to this seemingly simple command (main source AutoCAD 2017.1 Preview Guide):

That last item alone could be a huge time-saver. If you need to convert 100 text items to mtext (e.g. for background masking reasons), you can now use the command once rather than 100 times. Sure, there are LISP routines to do this (I’ve written some myself), but incorporating it into the core product makes things easier for large numbers of people.

It would not be a bad idea for Autodesk to go through all of the Express Tools looking for similar bug fixes and improvement opportunities. Instead of occasional ad-hoc drip-by-drip adoption of an Express Tool or two into the core, I propose that a special project be undertaken to go through the whole lot, fixing and improving them all. Once done, add them all to the supported functionality of the product, along with any related functionality that makes itself apparent during the overhaul.

Such a project strikes me as something relatively easy to do that would go down very well among customers. Or how about some totally new stuff? Express Tools 2018 – The Next Generation?