Has Autodesk’s online DWG viewer/markup tool had yet another rename? It’s hard to tell. I suspect there’s a rename process going on that’s not yet complete.

Here’s the list of names so far. I think.

The last two names appear to be interchangeable right now. What led me to this confusion is the very sub-optimal customer experience I had in attempting to try out AutoCAD 360. The best way to describe it is a wild goose chase.

I started from a point familiar to current AutoCAD maintenance and subscription customers, the Autodesk Accounts page. Like the majority of AutoCAD users, I accessed this using a browser on a Windows PC. Among the options in there was this. Hmm, AutoCAD® 360, free, Access now. Let’s try that out. 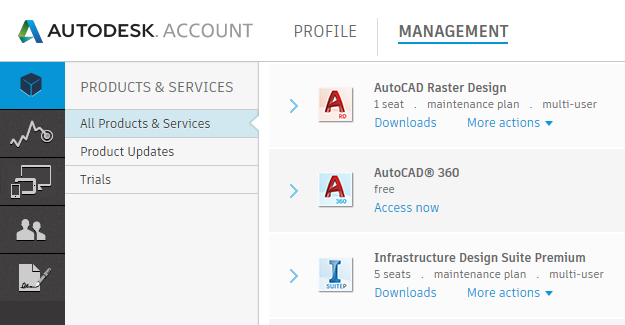 I picked that option and was taken here: 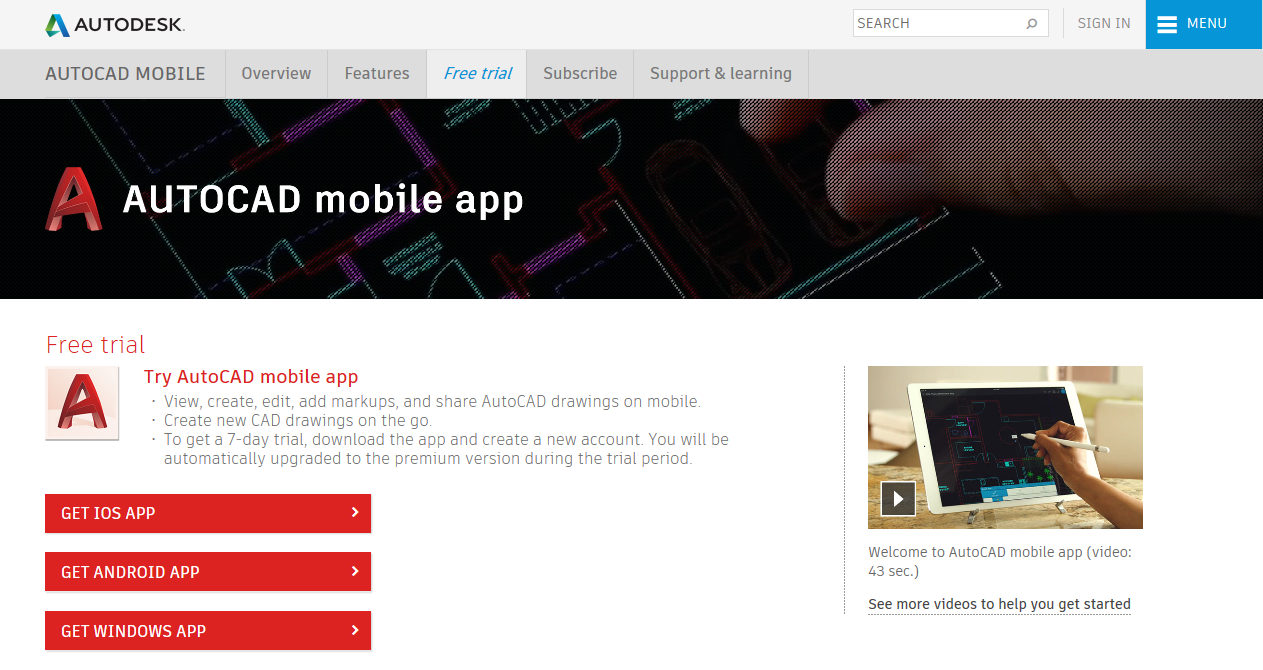 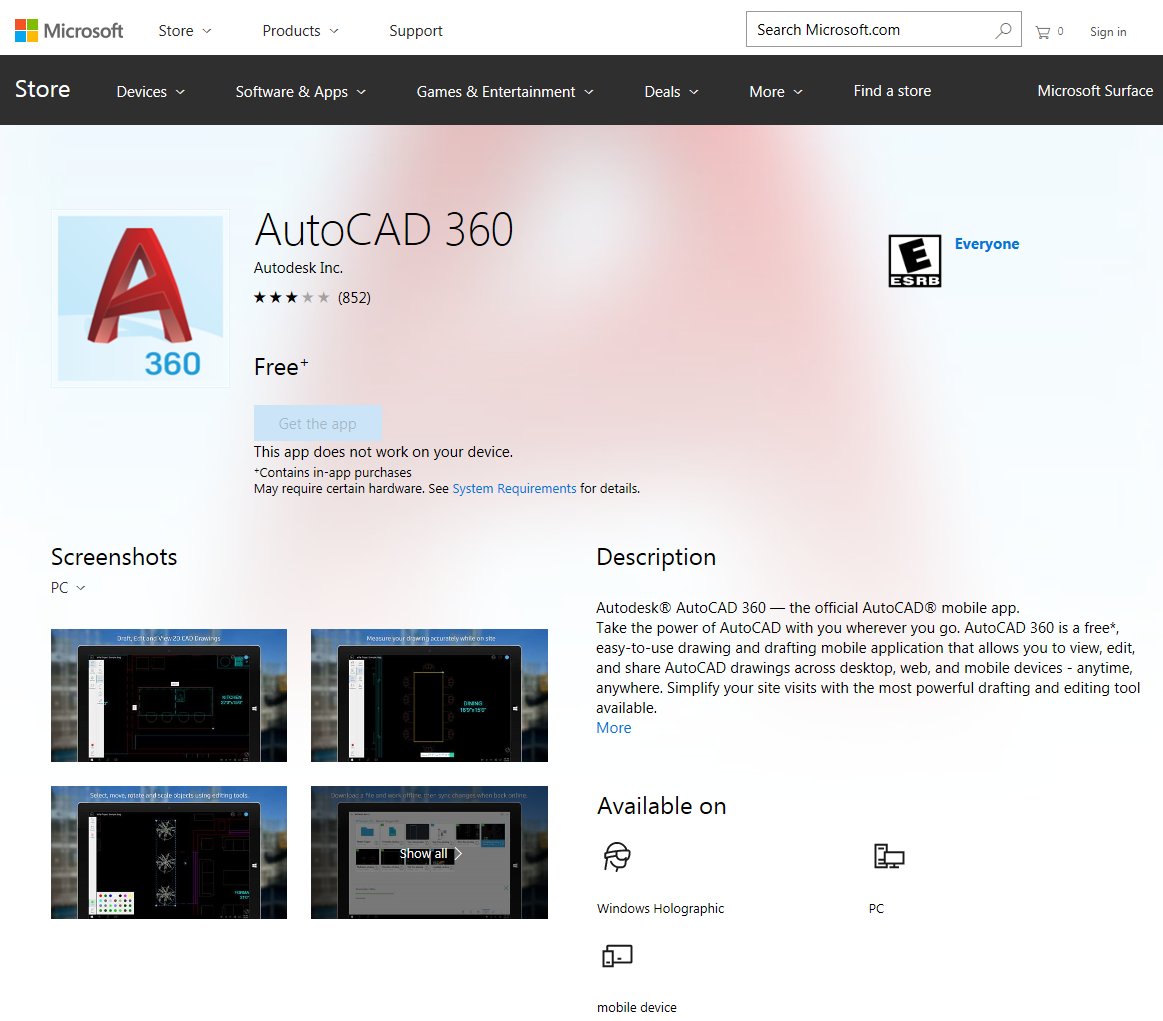 I’m off the Autodesk site and on the Microsoft one now, and it’s no longer AutoCAD mobile app, it’s back at AutoCAD 360 again. It says it’s available on Windows Holographic, PC and mobile device. But Get the app  is disabled and I’m informed This app does not work on your device. This is on the same page as “…AutoCAD drawings across desktop, web and mobile devices – anytime, anywhere” – except here and now, apparently.

This page says it’s free, not just a 7 day trial, but it looks like it’s free for everybody, not just subscription/maintenance customers. Confused yet? I sure am.

On this page I’m also informed that this is “the most powerful drafting and editing tool available” – wow! More powerful than AutoCAD 2018, the AutoCAD-based verticals and everything from Autodesk’s competitors? Cool! If only I could use it, I might be impressed. At least until I tried to do something that boring old desktop AutoCAD could do over 30 years ago, such as fillet two lines. I’m informed by somebody who can actually use the product that basic functionality like that is still missing; so much for the infinite computing power of the cloud.

Back to my product chase. In an attempt to find out what’s going on, I fired up the video on the previous Autodesk page. This one says it’s AUTODESK® AUTOCAD® | mobile app: 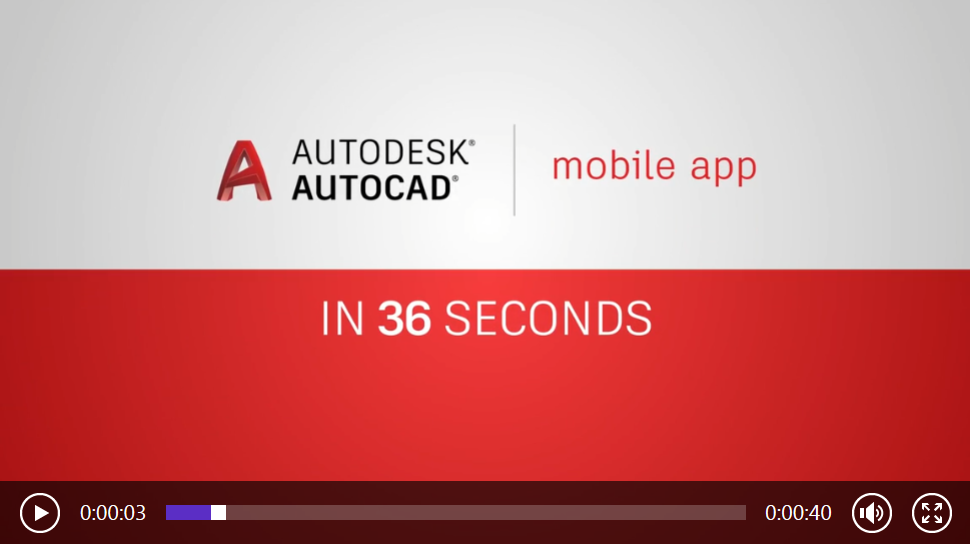 It also says “IN 36 SECONDS” during a 43-second video, but hey, let’s not get too tied up with accuracy. A few seconds into the video, we see an iPad user picking this: 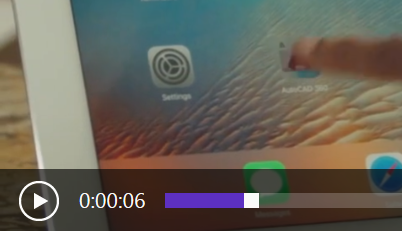 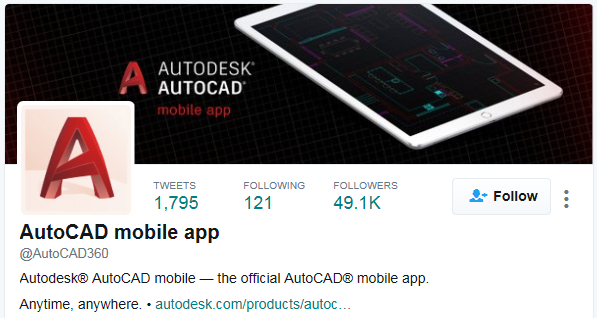 As mentioned above, there’s probably a rename process going on that’s not yet complete, but whatever the cause, it’s confusing as heck. Doesn’t anybody at Autodesk proof read anything or consider the customer experience before putting it out there?

Naming is a trivial matter compared with functionality, and I have been provided with none. I still haven’t managed to use the free product I was promised in Autodesk Accounts, whatever Autodesk eventually decides to call it. I still don’t know if it’s free to subscription/maintenance customers, free to everyone, or just a 7 day free trial.

Autodesk spends a billion dollars a year on marketing and sales. This little episode indicates it’s not getting great value for money.