This is the fifth post in this series where I explain why this statement holds true:

This post is about BricsCAD being better than AutoCAD at the one thing that made AutoCAD win the race against its competitors back in the 80s – LISP. That is, AutoLISP (added fully to AutoCAD in Version 2.18) and Visual LISP (fully integrated with AutoCAD 2000).

If you’re a good AutoCAD CAD Manager, you’ll already know the reasons LISP is an extremely important tool, so I won’t cover them here. I may explain those reasons in a later post, but that would distract us from the main point. Why is having a copy of BricsCAD useful to a CAD Manager?

I do my LISP development in BricsCAD these days, and can attest that it’s well worth the investment in time to get the hang of BLADE. 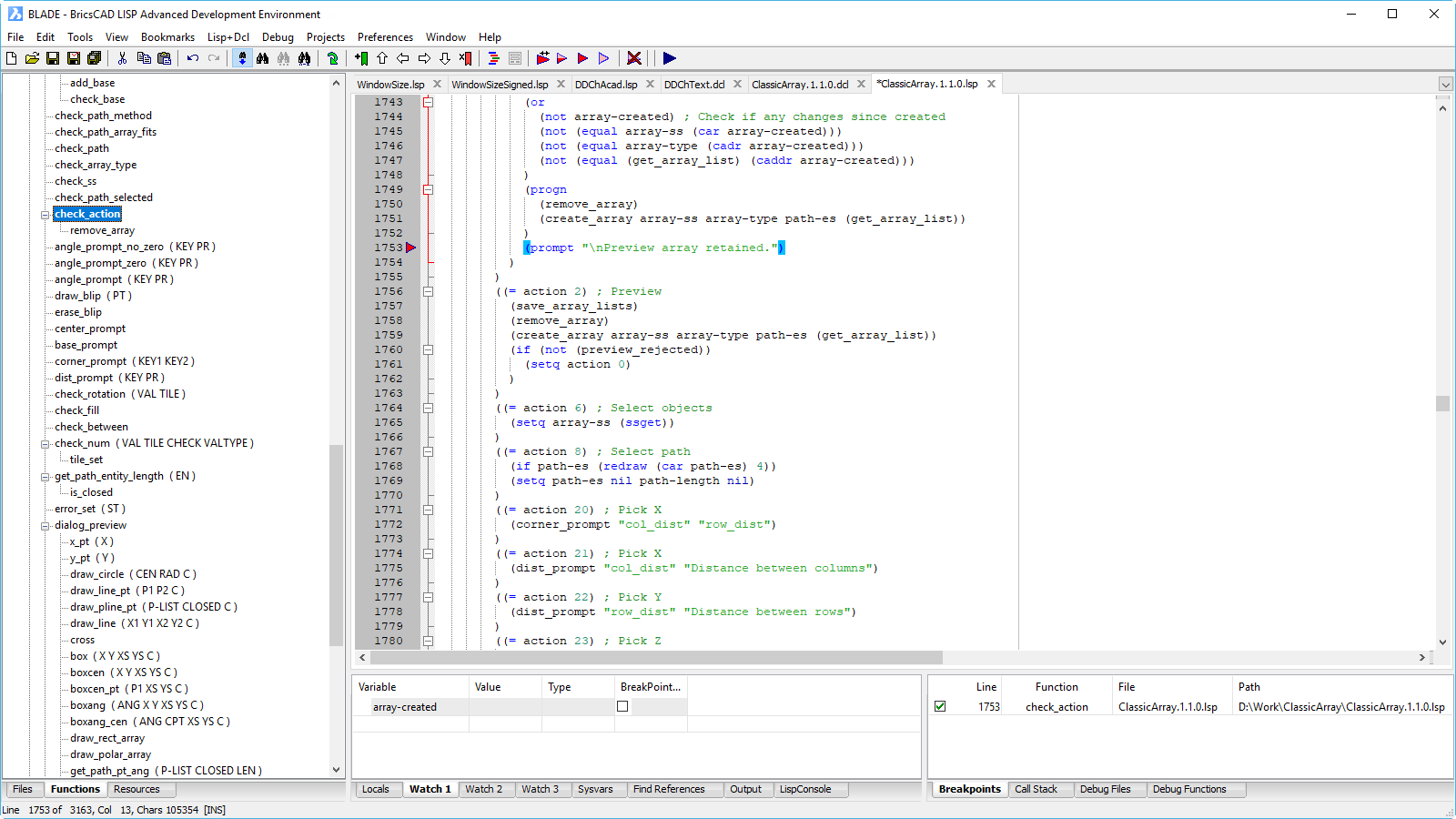 It will cost you a few minutes to download and install of an evaluation BricsCAD and check out the LISP situation for yourself.

Edit: it’s not just LISP. See James Maeding’s comment below about .NET, too.