This post explains how to put holes in your 3D models. This post will cover some fairly straightforward topics but I intend to cover more involved details in future posts. I’ll assume you have a basic understanding of creating 3D primitives and the boolean operations (union, subtract and intersect). I will be using the 3D Modeling workspace in both AutoCAD and BricsCAD. I’m going to start with the dynamic UCS feature turned off and the 2D Wireframe visual style.

Let’s take the simplest case. You have a solid and you just want to place a cylindrical hole in a known location that you already have geometry you can snap to. For example, you want to drill a DIA 40 hole right through this part, using the centerlines shown: 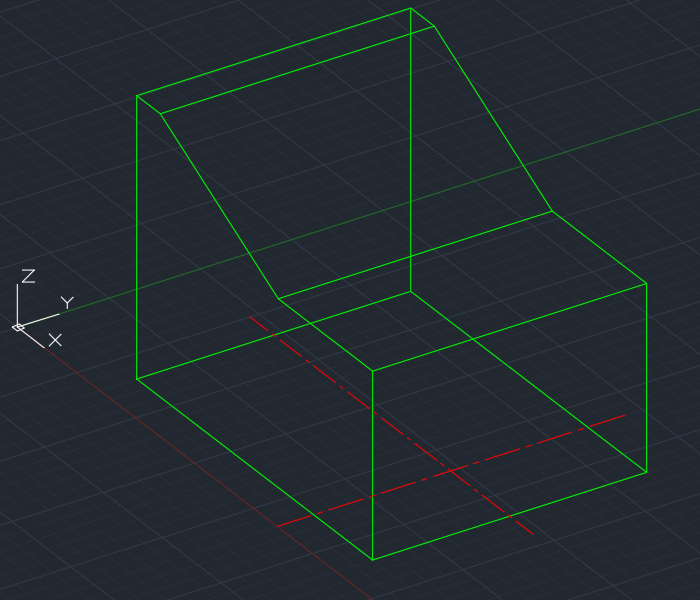 Start with the CYLINDER command:

Pick the intersection of the two centerlines, enter a radius of 20 and a height of 100. You don’t have to be precise with the height, you can just point to any height that’s over 100: 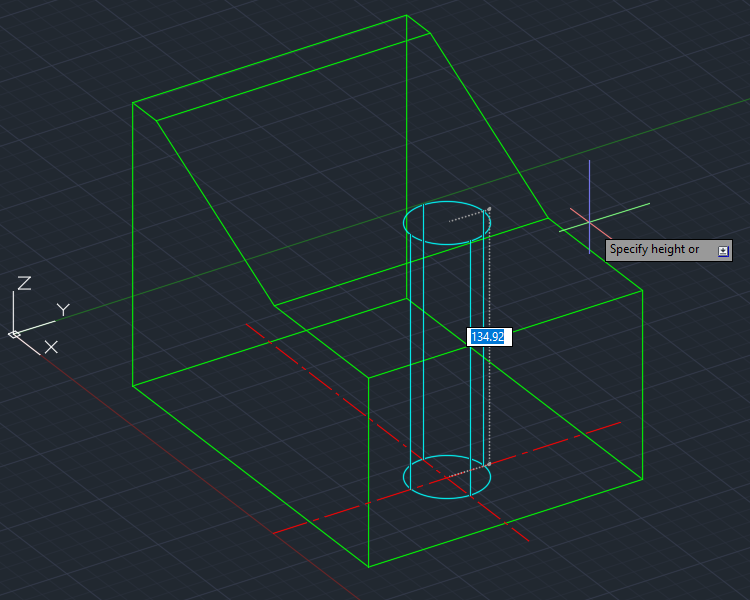 To create the hole, use the SUBTRACT command: 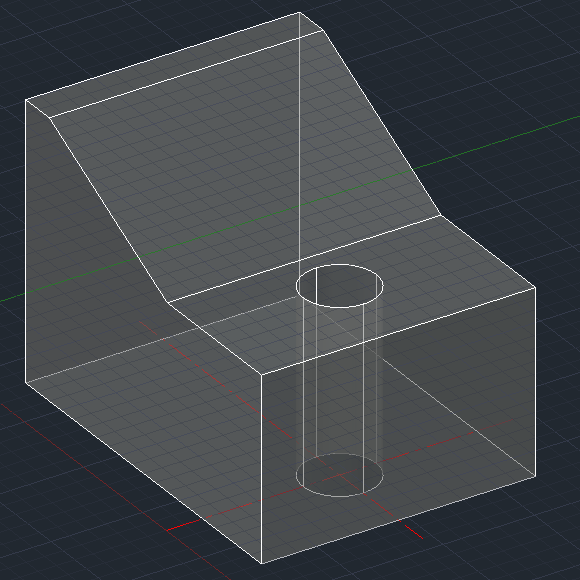 Instead of creating the cylinder diectly, you can instead extract a circle. This is an extra step if you don’t already have a circle of the right size in the right place, but less work if you do. For example, if you’re converting a 2D drawing to a 3D model, you’ll probably have the circle already. 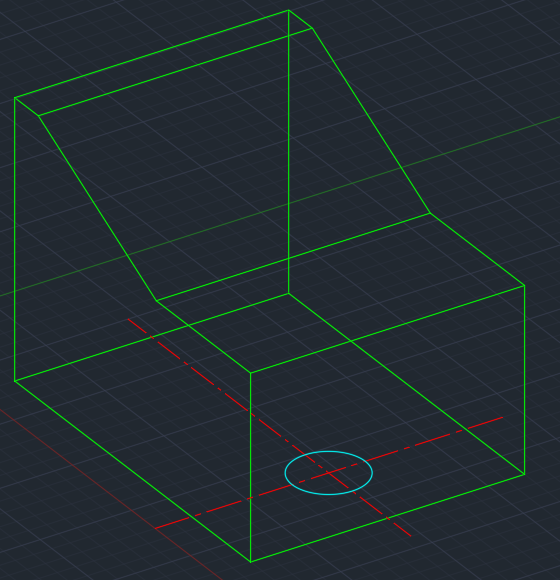 Select the circle, press Enter to finish the selection (because you can extrude several objects at once) and specify a height of at least 100, as with the CYLINDER command. Subtract the resultant cylinder and you’re done.

It’s important to note that extrusions work perpendicular to the plane of the object(s) being extruded. In this case the cylinder is created vertically because the circle lies flat (in terms of the World Coordinate System). If you have a circle lying in a different plane, the extrusion will be perpendicular to that plane. For example, here a circle that lies in a vertical plane is being extruded horizontally: 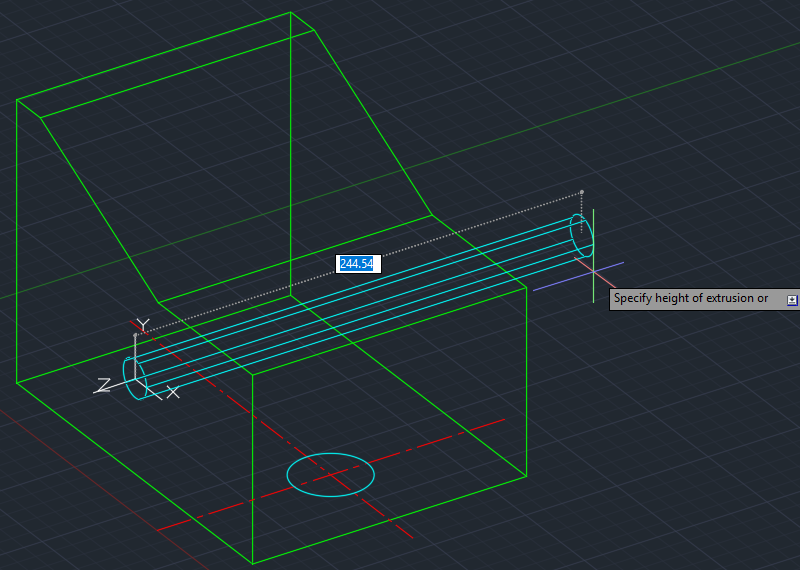 Drawing a circle in the other planes

That’s all well and good if you have a circle in the right plane, but what if you need to draw one? You have several alternatives.

One method is to draw your circle in whatever plane you like, then use the ALIGN command to move it into place. That works, but it’s not that efficient.

Alternatively, you can change your UCS to align with your desired plane, and then just draw your circle. That can be fiddly, but if you have a handy solid object containing the plane you want to draw in, you can use the UCS command’s OBject option (hot tip: E for Entity does the same thing). By carefully hovering over the plane, you can set up your desired UCS with one click and a lot less tiresome fiddling around than trying to work out what the other (somewhat arcane) options of the UCS command all mean. Here, the UCS command’s OBject option is shown in action: 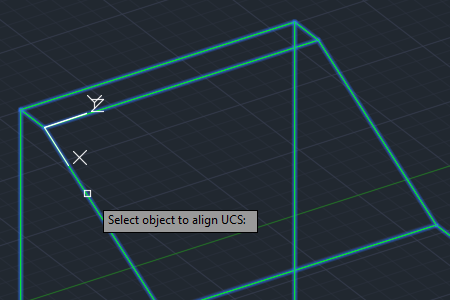 Note that this is an example of one of the very few things that works in AutoCAD but not BricsCAD. The UCS command’s OBject (and Entity) option exists, but you can’t use it to align a UCS with a solid’s face. You can, however, use the UCS command’s Face option. That exists in both applications, but I prefer the way it works in BricsCAD where the origin of the UCS is placed in one corner of the face with no further interaction required. In AutoCAD, the default is to place the UCS origin at some random point you used to select the face so if you need to locate points precisely there is a bit more messing around required.

Upshot: Use UCS E in AutoCAD and UCS F in BricsCAD.

In any case, there are other, more efficient ways to skin this particular cat. In my view, the most efficient way of drawing an object in a given plane, where that plane exists on a 3D solid, is to use Dynamic UCS. I’ll explain that, and how to push and pull your holes into submission, in the next post.